Home » Doctrine » What Happens After We Die?

What Happens After We Die? 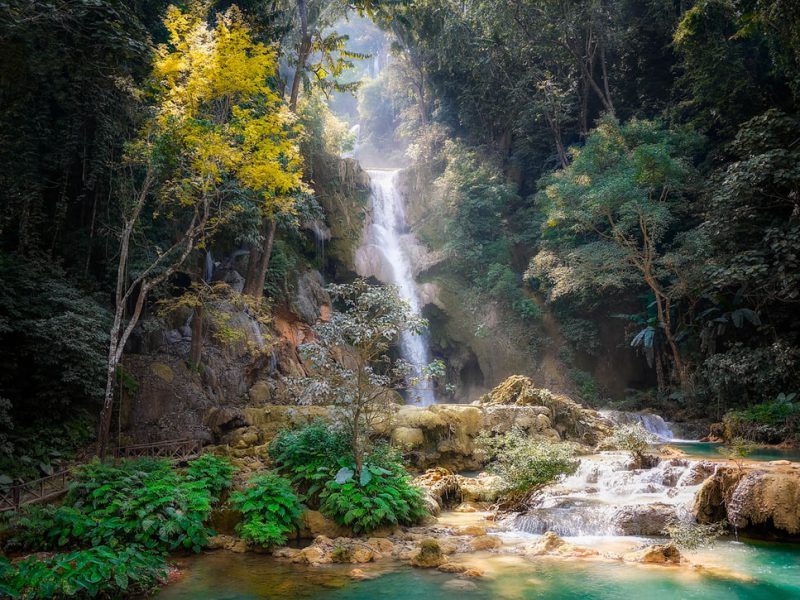 At one point or another, we’ve all wondered what happens after we die. Is there something beyond this world, this earthly life? What if there’s nothing after this life at all? Even Orthodox Christians have these thoughts and ask these questions.

Before we get into the meat of this post, note that anytime the Church talks of death, she deals with speculative theology. In other words, we really don’t know what will happen. Instead, the Church theorizes about the next life based on what God has revealed about Himself. Because of this, the Church Fathers vary in their approaches to life after death and their understanding of what precisely happens. That said, we do know certain things that can give us comfort and clarity as we progress through our lives.

The meaning of death for the ancient Hebrews

At the time of Christ, the Sadducees rejected belief in an afterlife (Matt 22:23), while the Pharisees did believe in resurrection and immortality (Acts 23:6-8). It was the Pharisees’ view which came to dominate in later Judaism.

God’s revelation of life after death

Only gradually did God begin to reveal glimpses of a glorious life after death to His people, a hope that would become available to all through the power of Christ’s Resurrection. The Lord revealed an early hint of this coming hope to Job. Amid his suffering, Job asks: “If a man dies, shall he live again?” And through a flash of divine insight from God, he adds: “I will wait until I arise” (Job 14:14). The Psalms also reflect upon personal resurrection to everlasting life (15:8-11; 48:15; 70:20-23; 90:1-16).

After we depart this life, our souls separate from our bodies. After this separation, the body then returns to the earth and, eventually, decomposes. Between the moment of our death and the Final Judgment (more on this shortly), we await the day when our souls will be reunited with our bodies, which are transformed into a glorified state (1Co 15:50-54) like Christ’s own body (Php 3:20-21; 1Jn 3:2).

During this waiting time, the soul lives in a “middle state” and undergoes what we call the particular judgment (Hebrews 9:27). In other words, immediately after death, we experience a foretaste of paradise or hell, depending on the kind of life we lived here on earth. And our souls remain in this state until the Final Judgment, when all will “come forth – those who have done good, to the resurrection of life, and those who have done evil, to the resurrection of condemnation” (John 5:28-29).

At the Final Judgment, our souls will be reunited with our bodies, and both will be judged before God (2 Corinthians 5:10). We will be judged according to our faith and our works (the fruits of faith).

After the Final Judgement, there is either eternal life or eternal punishment. Which one, depends entirely on us and the kind of lives we live. Think of it this way. When we’re born into this world, it’s like having bad vision. Nothing is clear. When we become Orthodox and meet Christ, we’ve just received a pair of glasses. Things clear up, but we keep getting the lenses dirty. The sacraments are God’s way of helping us clean our glasses, over and over again. When we die, we’ll finally see God clearly and will have no need for our glasses anymore. And we will either rejoice in finally seeing Him clearly (if that was our goal in this life) or our eyes will hurt with the sudden vision of light after being so long in the dark. We will experience His presence as either absolute bliss or unbearable agony, for eternity.

Roman Catholicism is well-known (and perhaps infamous) for its doctrine of purgatory. In the most basic terms, purgatory is a place of atonement and purification, which allows those who “die in God’s grace and friendship” to “achieve the holiness necessary to enter the joy of heaven” (CCC, 1030).

It goes without saying that the Orthodox Church does not believe in this doctrine. While we agree with the idea that we experience a “waiting time” between now and the Final Judgment, we object to the Catholic satisfaction model, which posits that payment is required from God even after He has forgiven our sins. Within the Orthodox theological paradigm, there is either forgiveness or punishment, not both.

Some Church Fathers, including St. Cyprian and St. Augustine, seemed to believe in a purification after death. However, the character of this purification is never clarified, and (as St. Mark of Ephesus underlined at the Council of Florence) it seems there is no true distinction between heaven, hell and the so-called purgatory. In other words, all souls partake in the same mystical fire (which, according to St. Isaac of Syria, is God’s Love), but experience it differently depending on their spiritual state: bliss for those who are in communion with him; purification for those in the process of being deified; and remorse/agony for those who hated God during their earthly lives.

What do Protestants think happens after we die?

As anyone would expect, there is quite a bit of diversity of thought about what happens immediately after death. Most Protestants do believe that we retain our unique identities after death. Some denominations believe the soul goes immediately to be with Christ in heaven, awaiting the Day of Judgment and a resurrected body. Others suggest there is an intermediate time of “soul sleep,” an unconscious waiting for the resurrection. While this sounds similar to the “waiting time” Orthodoxy teaches, note the difference here. In the Orthodox view, our souls are not unconscious, but are actively experiencing a foretaste of heaven or hell.

Still others believe that our souls proceed immediately upon death either to heaven or hell without any sort of waiting period. There are also those who argue that the temporality of this life versus the eternality of the life to come makes intermediate periods of time meaningless altogether.

Most, if not all, Protestant denominations believe that the Bible is the highest, and sometimes the only, authority in Christianity. So, because the Bible does not explicitly mention purgatory, nearly all Protestants reject it.

How to prepare ourselves for eternity

For the Orthodox, salvation means theosis: becoming free of sin and uniting with God. It is an ongoing process that takes our entire earthly lives, and sometimes extends into life after death. Through the grace of God we can become what Christ is by nature.

Living in the community of the church and partaking regularly of the sacraments, and especially the Eucharist, is one of the most important ways we can experience God’s grace and His energies and distance ourselves from sin. Also important is cultivating “prayer of the heart”, prayer that never ceases, and living a life of simplicity, sincerity, and devotion to God.

If we participate in the Life of the Church, pray, fast, give alms, and follow the commandments of God, we will progress on a path toward theosis and union with Our Creator. This is how we adequately prepare for eternal life. This is how we clean the smudges from our glasses.

Because of our inability to know much about life after life after death, the Church refrains from theological speculation and definitively declaring what happens when we die. Instead, she affirms the unbroken Tradition of prayers for the dead, the certainty of eternal life, the rejection of reincarnation, and the communion of the Saints (those living and those who have fallen asleep in the Lord) in the same Body of Christ which is the Church.

Read More: The Truth About Heaven And Hell