Home » Doctrine » The Truth About Heaven And Hell

The Truth About Heaven And Hell 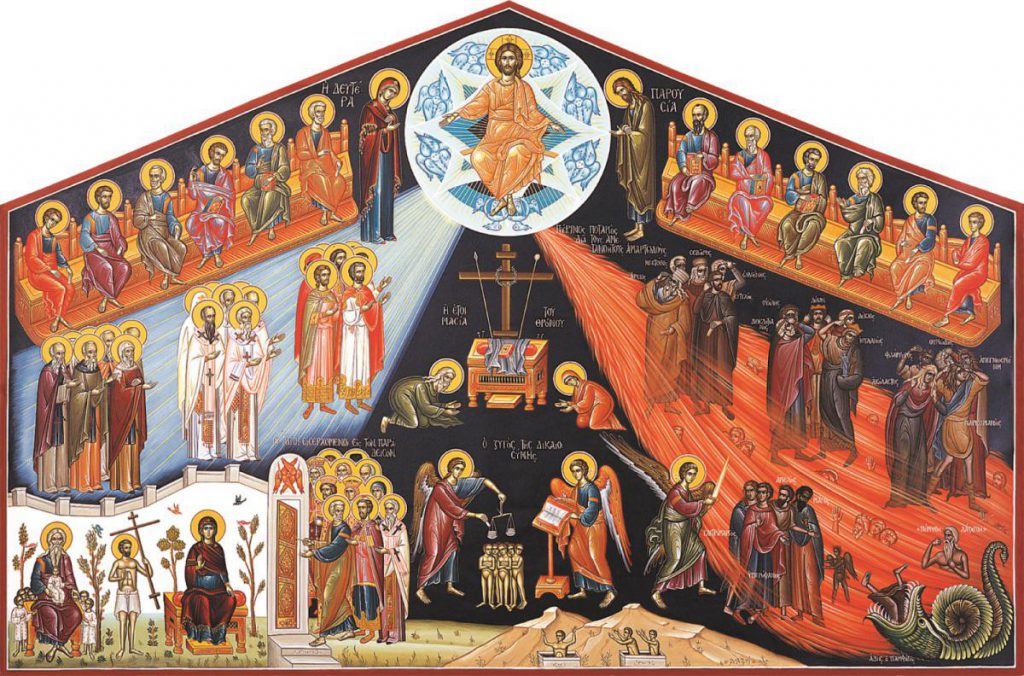 Many Christians think heaven and hell are places God sends us to reward or punish us after we die. They think salvation means simply getting into heaven and avoiding hell. But the Orthodox Church does not believe in this model of salvation. Instead, we believe God is “everywhere present and filling all things.” Moreover, we believe Heaven and Hell are actually different responses to, and experiences of, God’s unconditional love.

The misconception that Heaven and Hell are physical places

In Matthew 25, we read of the Final Judgment. After Christ exchanges words with the righteous and the sinners, the righteous go “into eternal life” and the sinners “into everlasting punishment” (Matt. 25:46). Most people assume that after this, Christ then leads the righteous to Heaven and banishes the sinners to Hell. And they then merge this false assumption with their view of salvation: being saved must mean avoiding banishment to Hell. This unfortunate misconception originated in the Roman Catholic and Protestant tradition.

Augustine of Hippo’s teachings about absolute predestination to Hell and Paradise, his legalistic views about the Fall of man and sin, and his neoplatonic perception of Paradise greatly influenced Western Christianity after the Great Schism. In his writings, he introduced the idea that Hell is underneath the earth, where people go to be punished in literal hellfire. Paradise, however, lies beyond the reaches of space, and became the place where people go to enjoy eternal life. Such teachings did not exist in the East prior to the Schism, and his teachings were not accepted by the Fathers of the Church.

Heaven and Hell are our experience of eternity

The Orthodox Church teaches that Heaven and Hell are states and forms of relationship with our life-giving God. In other words, they are different experiences of His energy and presence. The creative and recreative energy of God multiplies through the diversity of created operations. Thus, because of differences in receptivity and faith, as well as variations in people’s conceptual powers, some will perceive God’s single energy as love, others as mercy, punishment, justice or hatred.

Put simply: there is the one creative energy of God, which the damned perceive as hate or punishment, because of their hardened soul. The righteous, on the other hand, see it as love, happiness, boldness and consolation Thus, the righteous look on Him and are overwhelmed with unimaginable pleasure, whereas the damned do not see Him and live in inexpressible pain.

What icons can teach us about Heaven and Hell

The icon of the Second Coming of Christ shows us that Heaven and Hell are different experiences of eternity, not necessarily physical places. You may notice that a white light surrounds the people at Christ’s right hand, while red light surrounds those at His left – the damned. The pathway of red light is narrower, indicating it is further away from Christ than the white light. We see Christ clearly present before all of them, which emphasizes that He is everywhere present and filling all things.

The righteous see Christ in this white light, while the damned see the Light of Christ as red. Why? Because for the former it is the glory of God and for the latter it is the eternal fire and outer darkness. The damned have not gone off to some subterranean place of fire and brimstone, separated from their Lord and God for all eternity. Instead, as we see in the icon, they remain in His presence. It is their experience of His presence that makes eternity Hell to them.

God loves us all equally

The Holy Fathers of the Church also emphasize that God loves everyone equally. The damned and the saved, the glorified and the saints, the good and the bad. Paradise and Hell, as most people understand them, do not exist from God’s point of view, but from ours. God loves everyone, even those who hate Him. And He will send His grace to all, in the same way He “makes his sun rise on the evil and on the good, and sends rain on the just and on the unjust” (Matt. 5:45). From God’s point of view, He saves us all. He wants the salvation of all human beings. But not everyone will accept God’s grace in the same way. Some will see God as Light and other as fire. It is how we experience that grace (by which we obtain salvation) that differentiates Paradise from Hell.

Both exist unto eternity. Both reside within the sight and presence of God. The only difference is the state of our soul. If we are hard of heart, selfish, sinful and unrepentant, God’s presence will be like a consuming fire. On the other hand, if we seek the cure for our sinfulness – repentance – and strive to achieve theosis, God’s presence will be Paradise.

The Church as a hospital

This leads us to the final truth about Heaven and Hell from the Church’s perspective: the Church’s job is not to help us figure out whether we will see God. She is a hospital designed to diagnose how we will see Him. The Eternal Divine Light and the Eternal Life are uncreated. They are the energy of God that is experienced by human beings as illuminating or burning energy, depending on their spiritual state. Thus, seeing God’s glory and His Light, will happen whether we want it or not. The difference is simply in the way in which we will experience Him.

In other words, the task of the Church is to prepare us to see God as light rather than fire. The Church presents Our Lord’s cure to our fallen condition: repentance and purification of heart. It is up to each of us whether we accept that cure or turn it away.

According to Fathers of the Church in both East and West, Hell and Paradise are not physical places. They are instead different experiences of God’s uncreated light, which all will see upon the Second Coming of Our Lord. When we see God’s glory with unselfish love, with a pure heart and contrite soul, we will experience Paradise. However, the same glory will be eternal fire and Hell for those who have chosen to remain in their selfishness.

Read More: Why Do Orthodox Christians Pray For The Dead? >>