Deification: The Orthodox Understanding Of Salvation 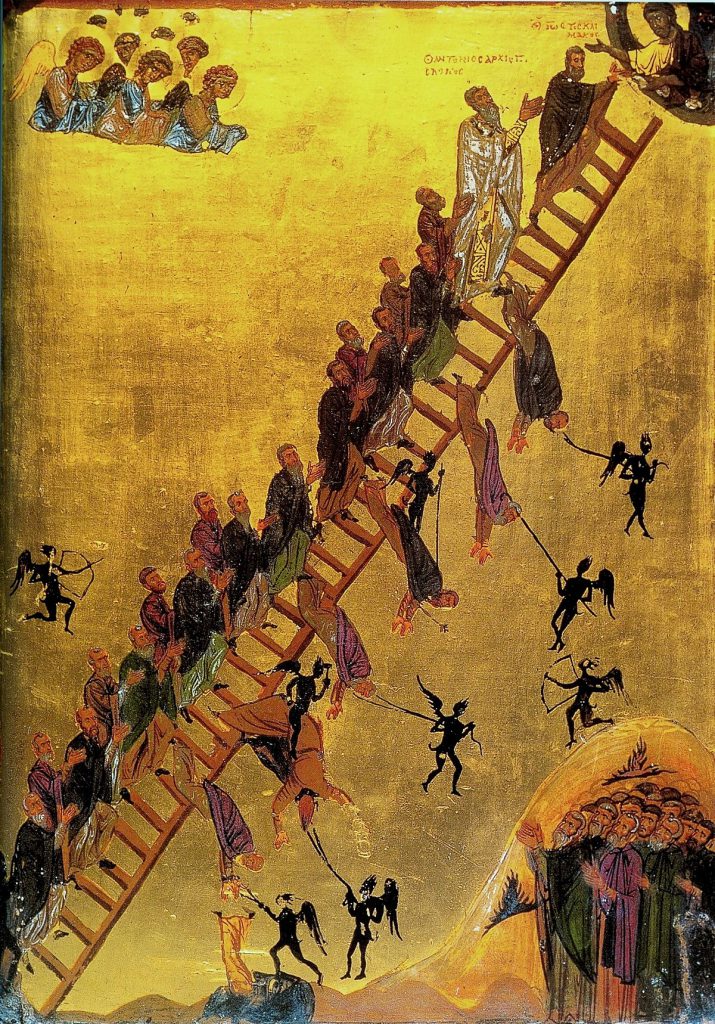 One part of Orthodox theology that really differentiates it from the rest of Christendom is its understanding of salvation. In Eastern Christianity, we view salvation as an ongoing process of purification that reaches beyond this world into eternity. Throughout this process, we participate in the life of the Church. We go to Confession, receive the Eucharist, and strive to love God with our whole heart, strength, soul, and mind. This helps us become more and more like Jesus Christ. Thus, the Orthodox refer to this process of salvation as theosis, or deification.

Note: We use deification, theosis, and salvation interchangeably throughout this post. They refer to the same process of attaining salvation.

What does deification mean?

Deification (Gr. theosis) is the process by which a Christian becomes more like God. St. Peter speaks of this process when he writes, “As His divine power has given to us all things that pertain to life and godliness . . . you may be partakers of the divine nature” (2 Peter 1:3-4). But what does it mean to partake of the divine nature, and how to we experience it? To answer these questions, first we explain what deification is not. Then we describe what deification is.

Many people outside the Orthodox Church mistakenly believe that deification means we become literal gods. When the Church calls us to pursue godliness – to become more like God – this does not mean we then become like God in His nature; this is impossible. We are human, always have been and always will be. Thus, we cannot take on the nature of anything else, especially that of God, which is utterly unknowable to us.

St. John of Damascus (8th century) makes a remarkable observation. The word “God” in the Scriptures refers not to the divine nature or essence, but instead refers to the divine energies – the power and grace of God which we perceive in this world. The Greek word for God (Theos) used in Scripture comes from a verb meaning run, see, or burn. These are energy words, not essence (or being) words.

Moreover, in John 10:34, Jesus repeats the passage, “You are gods,” from Psalm 82:6. In calling out a group of hypocritical religious leaders who accused Christ of blasphemy, Jesus makes the meaning of this passage doubly clear. Jesus is not using “God” in this context to refer to the divine nature. In contrast, we are gods in that we bear His image, not His nature.

According to the Orthodox Church, deification is our becoming more like God through His grace or divine energies. In creation, humans were made in the image and likeness of God (Gen. 1:26) according to human nature. In other words, all of humanity by nature is an icon or image of God. From the beginning, we were meant to share in the Life of the Holy Trinity.* Through sin, however, we warp this icon into something it shouldn’t be.

Christ’s Incarnation fully restores all of humanity to its full potential, because He took to Himself our entire human nature (including the sufferings due to sin, while not a sinful man Himself). In Christ, the two natures of God and man are no longer two but one; thus, there is perfect union in Christ, between all of humanity and God. Through union with Christ, we too can experience that perfect communion. We can become by grace what God is by nature (St. Athanasius of Alexandria) and can become children of God (John 1:12). That is salvation. That is what it means to be saved.

A helpful illustration of deification is the sword and fire example. Imagine a steel sword thrust into a hot fire. It remains there until it takes on a red glow. The energy of the fire interpenetrates the sword, but the sword never becomes the fire itself. Instead, it merely takes on the properties of the fire.

For many Fathers, theosis goes beyond simply restoring people to their state before the Fall of Adam and Eve. In fact, some teach that because Christ united the human and divine natures in his person, it is now possible for someone to experience closer fellowship with God than Adam and Eve initially experienced in the Garden of Eden. Additionally, some teach that people can become more like God than Adam and Eve were at that time. Other Orthodox theologians go so far as to say that Jesus would have become incarnate for this reason alone, even if Adam and Eve had never sinned.

Similarly, the divine energies interpenetrate our human nature through Christ’s glorified flesh. Nourished by the body and blood of Christ in the Eucharist, we partake of the grace of God – His strength, His righteousness, and His love. We are enabled to serve and glorify Him and to live the life He asks of us. Thus we are being deified, yet remain human. We are becoming like God and attaining salvation.

Salvation to the Orthodox is the process of deification or becoming more like God. However, this does not mean we become God in His nature. Rather, we become like Him through His energies and can attain perfect union with Him just as Christ illustrated in His incarnation. This view of salvation was the belief of the early Church and continues to be preserved in the Life of the Church to this day.

*Therefore, both infants and adults are saved from the state of unholiness (hamartía — which is not to be confused with hamártēma “sin”) by participating in the Life of the Trinity — which is everlasting. This is part of the reason why the Orthodox Church continues the early Church’s practice of infant baptism.