Can Orthodox Christians Be Cremated? 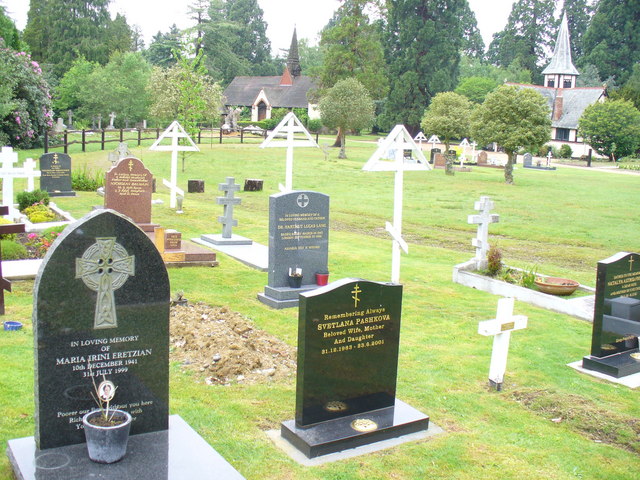 Cremation – the burning of a body after death – has become quite popular over the last few decades. In 2015, the rate of cremation in the United States (48%) actually surpassed that of burial (45%). And by the year 2030, the National Funeral Directors Association predicts the cremation rate will reach 71%, with only 23% of Americans choosing traditional burial. Unlike most other Christian confessions, the Orthodox Church rejects cremation. Ultimately, Orthodox Christians can still exercise their free will and choose to be cremated; however, the Church’s official position on the matter is firm.

Why is cremation so popular?

Today we live in a society that promotes disposal. Whatever we buy or purchase we can easily replace when it breaks or has served its purpose. The human body is just another one of those things we can easily dispose of once it has “served its purpose”. Our society no longer treats material creation – most importantly, the human body – with respect, even by those who call themselves Christian.

Cost is the number one reason why most people choose cremation over traditional burial, with cremation being about $2,000 cheaper on average. However, it’s important to note that these numbers are reported on average. Depending on the services you select and/or forgo, you could end up paying less money for a traditional burial than you would a cremation. Regardless, cost should never be the main thing on one’s mind after the death of a loved one.

Another reason cremation is so popular is because of its supposed eco-friendliness. Unfortunately, the process of cremation itself is anything but. Every cremation burns a significant amount of fossil fuels (diesel fuel, propane, and natural gas) in order to make the furnace hot enough to burn up most of the body. These fossil fuels release harmful chemicals like nitrogen oxides, carbon monoxide, sulfur dioxide, hydrofluoric acid, and mercury into the atmosphere.

The pagan and gnostic origins of cremation

Byzantine Canon Law, which the Orthodox Church firmly upholds, forbids cremation. Historical sources hint to the original ban on cremation arising due to its common practice in pagan and gnostic societies. God commanded the Old Testament Israelites not to adopt the values, beliefs, and practices of the pagan societies around them, which included cremation of the dead. Thus, the Israelites buried their dead after preparing the body. They closed the eyes (Gen. 46:4); washed the body (Acts 9:37); draped a cloth over the face (Jn. 11:44); anointed the body with spices (Lk. 23:56; 24:1; Jn. 19:40) and wrapped it with linens (Mt. 27:59; Mk. 15:45; Lk. 23:53; Jn. 19:39-40).

Historically within Judaism, cremation was only for punishment and humiliation (Joshua 7:15; Lev. 21:9; 20:14) and was considered an instrument of God’s wrath and destruction. Perhaps the most well-known example of this is the burning of Sodom and Gomorrah (Gen. 19:24).

During the 1st century, early Christianity saw the birth of an heretical movement known as Gnosticism. This movement denied the value of physical creation and its involvement in our salvation. They (and many other heretical groups like them) viewed the body as evil by design; they believed that our souls were held prisoner within our bodies until we depart this life. In their view, the body is basically useless after death and effectively disposed of. Early Christians distinguished themselves from this heresy by burying the bodies of the early martyrs in the same manner as the Lord Himself, treating their bodies with the utmost respect. Modern Orthodox Christians continue to reject cremation because it distinguishes us from the hedonistic, secular society that has made cremation trendy and acceptable.

Orthodox teaching: The body as a temple

The Orthodox Church believes that the body is a temple of the Holy Spirit (1 Cor. 6:19-20) and is therefore holy. Our bodies are gifts from God that we must always treat with dignity, reverence, and care. Any act that deliberately defiles the body (e.g. tattoos, sexual reassignment surgery, cremation, suicide) is not acceptable to the Church.

Not only do the Orthodox revere the body, but we also acknowledge the part our physical bodies play in our salvation. Our bodies are just as valuable as our souls. According to Holy Tradition and Scripture, we will be resurrected in our physical bodies at the Second Coming of Our Lord. We must take care of our bodies, feeding them properly, getting adequate rest, and healing them with the Holy Mysteries.

Today, many Western Christians now allow cremation, in light of the fact that its association with paganism or Gnosticism is no longer a reality. However, the Orthodox Church asserts that voluntary cremation, regardless of its detachment from pagan thought or ritual, in every instance denies the value of the human body and of material creation in general. Hence, we as Orthodox Christians are to avoid it.

Can an Orthodox Christian choose cremation?

Put simply, yes Orthodox Christians can choose to be cremated. Because we all have the free will to make whatever choices we want to make. However, that does not mean the Church sanctions or approves of those choices. Should an Orthodox Christian willingly choose cremation, that person would not receive an Orthodox funeral service. In some cases, the Church may even permanently exclude them from liturgical prayers for the departed. Because the Orthodox Church’s rejection of cremation ties in so intimately with our understanding of salvation and the sanctity of the body, cremation renders the funeral service and prayers for the departed meaningless.

Naturally, the Church recognizes that there are certain circumstances that may necessitate cremation. And in those situations, she will not condemn those who must be cremated against their will. For example, the civil authorities may require cremation for the dead; in that case, the Orthodox Christian would have no choice but to obey those authorities, and the Church understands this. Compulsory cremation in the case of an epidemic is also an acceptable circumstance.

Orthodox Christians should reject cremation, in accordance with the Church’s teachings about the sanctity of the human body and its role in our salvation. Cremation treats the body violently, without the respect due to it as the temple of the Holy Spirit. Those who voluntarily request cremation upon death will not receive an Orthodox funeral or burial. However, the Church recognizes extenuating circumstances and will not condemn or deny funeral rites to any who must be cremated in these situations.

Even if cremation might seem cheaper and more popular than traditional burial, this should not be our primary concerns. Rather, our salvation and the state of our souls and bodies should always be at the forefront of our minds.

Read More: The Truth About Heaven And Hell