Home » Doctrine » What Does Orthodoxy Teach About Tattoos And Piercings?

What Does Orthodoxy Teach About Tattoos And Piercings? 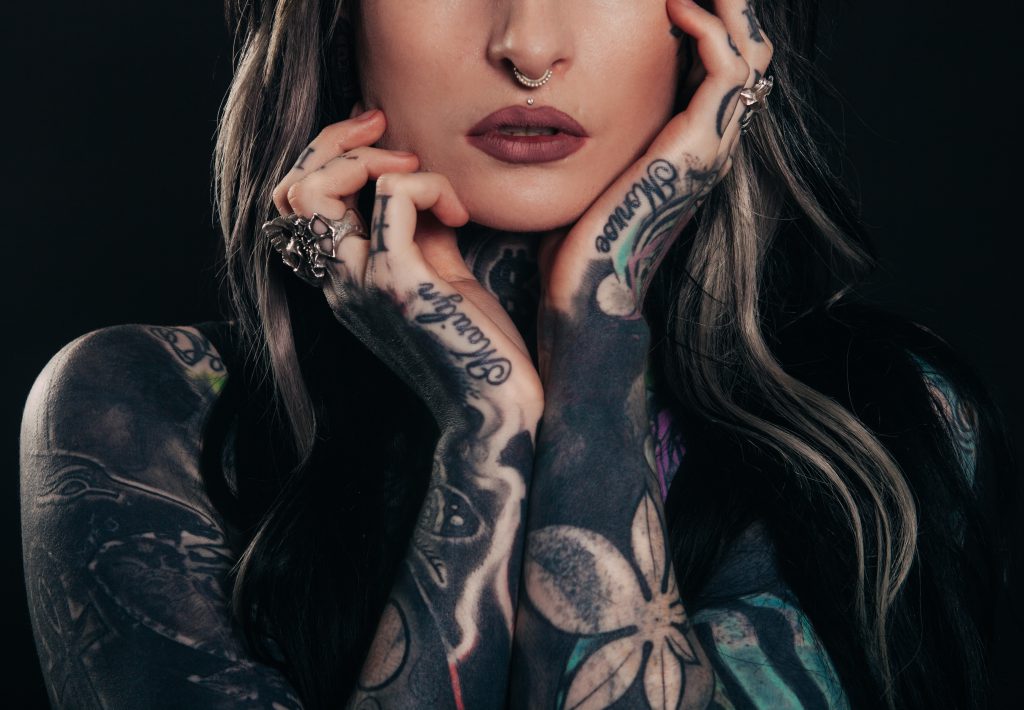 Many people converting to Orthodoxy often worry about any tattoos or piercings they may have gotten in the past. Gauges in their ears, belly button rings, full sleeve tattoos. The list of possibilities is endless. But do they have anything to worry about? In this post, we explore what the Orthodox Church teaches about tattoos and piercings. Then we answer a couple common questions catechumens have asked us about them.

What the Orthodox Church teaches

While there are no official canons of the Church that teach Orthodox Christians should not get tattoos or piercings, Christianity has almost universally rejected them for millennia. This rejection stems from two primary Scriptural citations: Leviticus 19:28 and 1 Corinthians 6:19-20.

The Law of Moses condemns tattoos

“Tattoo” comes from the Tahitian word tatay, which means “to inflict wounds”. It was (and still is), in every respect, a practice of self-mutilation. In the days of the Old Testament, pagan nations often tattooed themselves upon the death of a loved one or upon advancing into puberty. They also pierced their bodies in many different places, draping jewelry and ornaments from the holes. The Lord carefully warns the ancient Israelites against these practices, officially condemning them: “Ye shall not make any cuttings in your flesh for the dead, nor print any marks upon you: I am the Lord” (Leviticus 19:28).

Some argue that this is nothing more than a ceremonial law, one that no longer applies to Christians. However, as we already stated, Holy Tradition has universally rejected tattoos since the inception of the Church. Something important to note in Orthodoxy is that the Tradition of the Church does not consist solely in the forms of written canons. Unwritten tradition has authority as well. Canons generally guard against the faithful doing something when there are some within the Body of Christ who are doing it. Tattoos were something that no Christians (outside of the exceptions off to the right) did. Until only very recently, no Christian group of any kind would have suggested that such a practice was befitting a Christian.

Exceptions to the rule?

While nearly all Christians rejected the practice of tattooing, a few groups did not fully reject it. The Copts, Ethiopians, and Bosnian Croats often tattooed their children with crosses, so they could later be identified as Christians if kidnapped and killed by Muslims. It also became a way for those groups to express their unwavering faith in Christ, since a tattoo is, by its very nature, permanent.

Our bodies are temples of the Holy Spirit

The second passage Holy Tradition points to in its rejection of tattoos and piercings is 1 Corinthians 6:19-20: “Know ye not that your body is the temple of the Holy Spirit which is in you, which ye have of God, and ye are not your own? For ye are bought with a price: therefore glorify God in your body, and in your spirit, which are God’s.” If our body is not our own, but God’s, then we should make every effort to protect it and keep it undefiled and pure. We must make every effort to treat our bodies as a temple and dwelling place of His glory.

Imagine someone taking a spray paint can and expressing themselves all over the walls of a Church. We would all be shocked that someone would do such a thing. But really, it’s no different expressing yourself by defacing your body. Because you are bought with a price, and are not free to so whatever you want with your body…if indeed you are a believer.

Many young people will claim it is their individual right to use their bodies to make fashion and/or personality statements with ink and metal. However, God has called us to be “ambassadors for Christ” and to “present your bodies as a living sacrifice, holy acceptable to God…and do not be conformed to this world” (Romans 12:1-2). Orthodox Christians, therefore, should not transform themselves according to the latest whims and fads of society. Rather, we should conform to and abide by the will of God. Instead of using our bodies for artistic expression, make an expression of faith by maintaining your body pure, spotless, and undefiled as a true example of something which is much more than just skin deep!

Can I convert to Orthodoxy if I already have tattoos/piercings?

Of course you can! Having a tattoo is not an unpardonable sin, nor does it bar you from becoming part of the Body of Christ.

Can baptized Orthodox Christians get tattoos/piercings?

Simply put, yes, you can. However, whether you should is a different question altogether. Since our bodies are temples of the Holy Spirit, we should not disfigure them in any way. Even if the tattoo is “religious” – a cross or other Christian symbol – we discourage such a decision, as it may subject you to penance or suspension from Communion.

Orthodox Christians should not get tattoos or piercings

To sum up, while there are no official doctrines prohibiting tattoos and/or piercings, our Lord commanded the ancient Israelites not to engage in this pagan practice. As Orthodox Christians, we should keep in mind that our bodies are not ours. They are temples of the Holy Spirit we should treat with the utmost care and respect. If you already happen to have tattoos or piercings, this will not prevent you from becoming a Christian, so long as you repent and work to change your life.

Read More: Why The Orthodox Church Does Not Allow Cremation >>