The Sin of Suicide 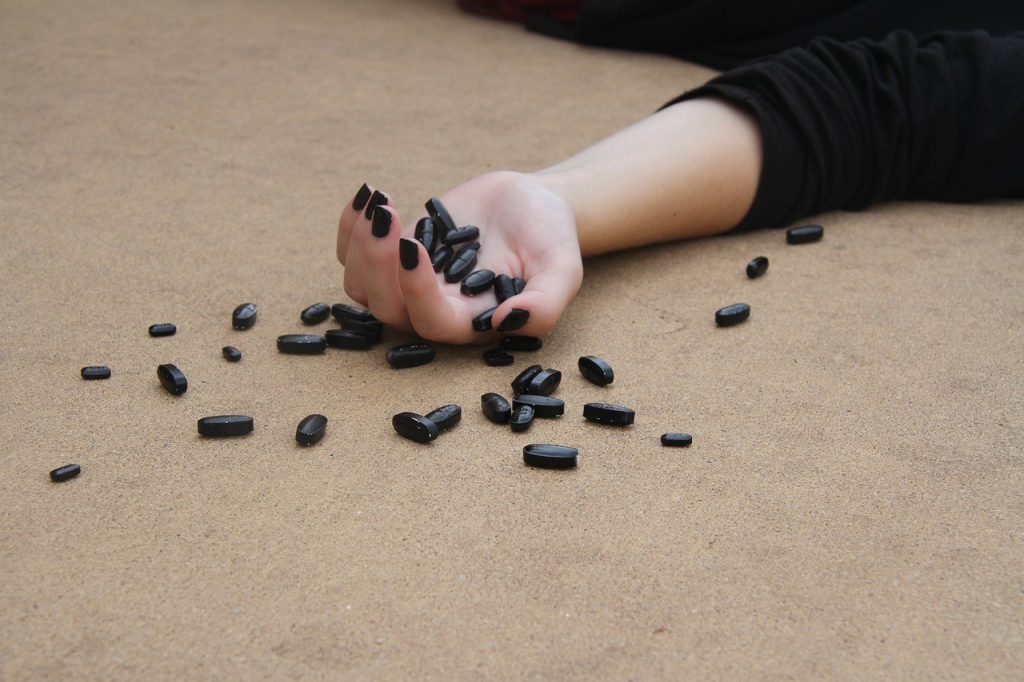 The Orthodox Church teaches that committing suicide is a sin. Why? Because we are all made in the image and likeness of God. Our lives – and everything in them – are a gift, which God gave to us out of love. Moreover, our bodies are temples of the Holy Spirit (1 Corinthians 6:19); we must take care of them. In this post, we explore the Orthodox view on suicide.

The plague of moral relativism

The National Library of Medicine defines suicide as the act of deliberately taking one’s own life. This includes any action that might cause a person to die (e.g. purposefully crashing a car). According to the National Institute of Mental Health, suicide was the tenth leading cause of death overall in the United States in 2017. That roughly translates to 47,170 lives. Suicide claimed more lives than homicide (approx. 19,510). And it was the second leading cause of death for individuals ages 10-34, which accounted for 31.1% of total suicides in 2017. For each confirmed death, between 8 and 25 suicide attempts were made.

With the spread of moral relativism, man has become God. He is now the authority on what is right, good, and true for him, but not for anyone else. Because of this approach, many people see suicide as a viable option to alleviate their pain and suffering. Because God isn’t really part of the picture anymore. He has become a ball of clay that people can remold to suit their moral tastes.

Suicide is a rejection of God

Direct suicide, in the eyes of the Church, is and will always be the ultimate rejection of God and His love for us. Killing ourselves means rejecting the presence of God in the most fundamental sense, as a part of each of us. Further, we are guilty of the sin of pride, because we made a decision reserved for God alone.

We know that God is merciful. But this does not mean we should use our freedom as an opportunity for sin. As Orthodox Christians, we cannot justify suicide simply because God is merciful. By that reasoning, we could justify just about anything. Think of how silly you would sound using that excuse before God. “Well, God, I knew [insert sin here] was wrong, but I did it anyway because I knew you would forgive me.” Trying to take advantage of God’s loving kindness in such a manner will not end well for anyone who attempts it.

The wisdom and mercy of the Church

After having said this, we must make something crystal clear. The Church does not judge anyone who has committed or attempted to commit suicide. Judgment belongs to God along. Rather, as the hospital for the soul, the Church approaches all who are suffering with the utmost compassion. Those considering taking their own lives are in need of medical and spiritual care. The Orthodox Church recognizes this, and can help shed a light in the darkness.

The canons and practice of the Church prohibit an Orthodox burial for a person who has committed suicide. However, in her mercy and wisdom, the Church understands not all who killed themselves were mentally sound. The Church Fathers tells us if the person who committed suicide had “no control of himself” or was not “of sound mind, whether […] as a result of a demon or of an ailment of some sort,” and this was verified by medical professionals and the ecclesiastical leadership of the Church, that person could then receive an Orthodox burial (Question XIV of the 18 Canons of Timothy, Archbishop of Alexandria. Pedalion, p. 898). If mental instability is absent, and/or the person held a philosophical view affirming the right to suicide, or allowed despair to overcome good judgment, he/she will not receive an Orthodox burial.

We leave you today with a bit of inspiration and hope in the midst of the terrible tragedy of suicide. As Father Seraphim Solof writes: “We recognize that Jesus Christ came into the world to save us, and can rejoice in it. The world – and our families and friends – will not be better off without us. Christ came into the world and into our lives willingly, knowing us intimately in all of our darkness and pain, knowing the cost and yet loving us completely, ‘to the end’ (John 13:1).”

Keep Reading: Why The Orthodox Church Does Not Allow Cremation >>