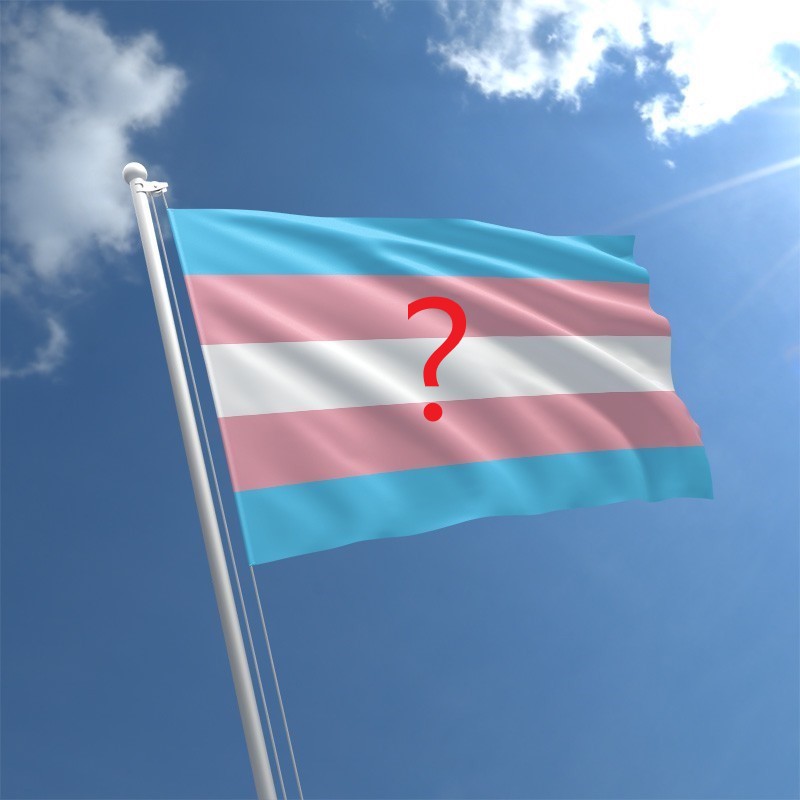 Recently, transgender individuals have come to occupy a position at the forefront of identity politics in America. Particular concern arises with regard to young children supposedly identifying as transgender before the onset of puberty, or in some cases, their parents deciding this for them. Many people who identify as transgender feel “victimized” by Christians, most likely because of a misunderstanding of what we actually believe when it comes to humanity’s relationship to God, human sexuality, and the nature of sin. In this post, we clear up a bit of this confusion, focusing on the teachings of the Orthodox Church regarding transgender individuals.

We belong to Christ, not to ourselves

Within the last decade, we have seen a radical shift in traditional Christian principles. New “lawful” regulations put in place by the Supreme Court have made it acceptable for individuals to make decisions about which gender they choose to be, going so far as to allow them to permanently alter their bodies to outwardly manifest their gender of choice. Naturally, this implies that humans are the ultimate authority over our bodies, thereby denying the sovereignty of God. In other words, the world tells us we do not belong to anyone but ourselves. Thus, it is now deemed “normal” for human beings to make any number of irreversible decisions regarding our physical bodies – from tattoos and body piercings to abortion and gender reassignment surgery.

However, the Holy Scriptures communicate a completely different message. One in which every human being is an icon of Our Lord Jesus Christ. Since an icon is a reflection of its Prototype, we must reflect Christ in every way. We belong to God, not to ourselves. Therefore, whenever we disfigure our bodies, we are not fulfilling our purpose as icons of Christ.

The Church has always taught that we find our true identity as human persons when we do our best to emulate Christ through a life of prayer and self-denial. Saint Paul is a perfect example of this, having sought the peace and love of God in his heart. As he writes, “it is no longer I who live, but Christ lives in me” (Galatians 2:20). And again, “you are not your own […] therefore glorify God in your body and in your spirit which are God’s” (1 Corinthians 6:19-20).

The Orthodox Church’s teachings on sex and gender

Contrary to popular secular opinion, sex and gender are not separate things. The perspective that they are separate is fairly new, becoming prominent only with the advent of modern gender and feminism theory in the 1950s. For millennia, societies functioned with two modes of humanity: male and female.

In the beginning, God created us male and female (Genesis 1:27) to be in communion with one another, just as the Persons of the Holy Trinity are in communion. He designed males and females to be perfect companions for one another in marriage (Genesis 2:24), and as Christians we must exercise our love and sexuality within these boundaries.

Yes, the Church understands there are rare cases in which God creates humans who are born intersex. However, these cases have little to no bearing on the current transgender movement, which focuses more on society’s acceptance and “tolerance” of a sinful lifestyle choice.

Is it a sin to be transgender?

Many transgender individuals make the mistake of thinking the Orthodox Church condemns them. They ask if them identifying as transgender is a sin. Like most things involving sin and this fallen world, this question cannot be answered with a simple yes or no. To illustrate, let’s look at two different examples:

Of these two individuals, which do you believe committed a sin? If you said the second, you would be right. It is not a sin to experience gender dysphoria (or same sex attraction, etc.). Each of us faces temptation every day of our lives. The way those temptations manifest naturally differs from person to person. It is not in simply experiencing temptation that we sin. Rather, the sin lies in acting upon those temptations and failing to live the life of Christ.

Those who suffer from the temptations associated with gender dysphoria need our love and our help in accepting the biological reality of who they are. We are not putty that may be remade into whatever we feel — even if we feel it very deeply. Our bodies are not our own, but God’s, and they are holy.

With respect to those who insist on identifying as transgender, the Orthodox Church holds a rather cut and dry position. Divine Providence does not make mistakes. There is a purpose to all circumstances in our life, even difficult and seemingly permanent ones, like gender dysphoria. Whatever we may feel, our maleness or femaleness is a biological, psychological and spiritual fact, rooted in our very being.

It is important to note that the Orthodox Church does not condemn or hate anyone. Rather, She condemns actions, specifically those that go against the commandments of God. With spiritual guidance, anyone can find the love of Christ and seek true repentance for their sins. Wherever there is repentance, there is salvation. Even in the case of mutilation of the human body associated with a fair number of transgender individuals, they, too, can find peace.