Who Exactly Is Jesus Christ? 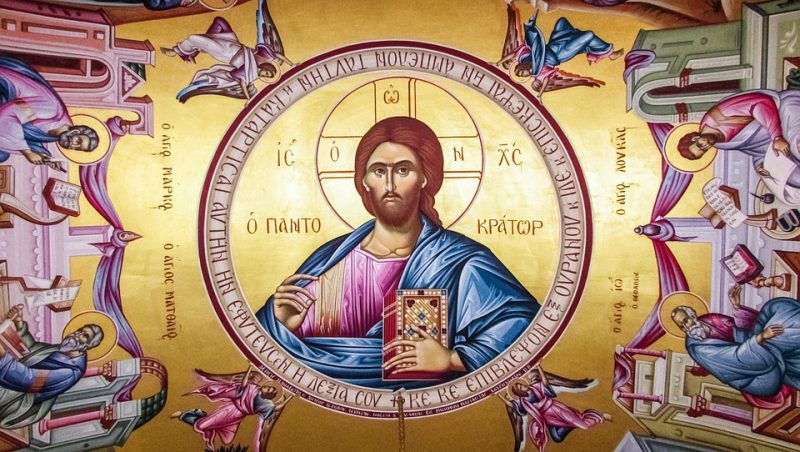 We all know that the Lord Jesus Christ Himself is the center of the Christian Faith. He is, in fact, the center of all history. But the world struggles to understand His identity. Who exactly is He? Is He God? Is He man? Both? In this post, we explore Orthodox Christology, turning to the Scriptures to answer the crucial question of who Jesus Christ is.

Christology (Christ + logia), is the field of study within Christian theology concerning the nature and person of Jesus Christ. In other words, who He was, His incarnation, birth, death, and resurrection, and other major events of His life.

Many within Western Christianity have debated the relationship of the nature and person of Jesus Christ with that of God. Along with this, naturally, comes the debate regarding Christ’s role in salvation. As such, Christology has been the center of controversies since the founding of Christ’s Church. In the first several centuries of Church history, many councils convened to root out heresies, or false beliefs, regarding the nature and person of Christ, His relationship to God the Father and God the Holy Spirit, and His role in God’s plan for our salvation. Some of those heresies continue to persist to this day, most of them in modern Protestant churches.

The Scriptures tell us who Christ is

In the Gospel of John, we see a specific and definitive explanation of who Christ is: “In the beginning was the Word, and the Word was with God, and the Word was God” (1:1). A few verses later, Forerunner John the Baptist reveals God the Word as “the Light” (1:7), and we learn that the “Word became flesh and dwelt among us” (1:14). What does this portion of the Scriptures tell us then?

The Word is the eternal Son of God, who was with God before all time. Was indicates existence without reference to a starting point. In other words, the Word existed eternally without beginning, like the Father and the Holy Spirit.

In John 1:4, we see that in the Word is life. Only God has life in Himself. Therefore, the Word, being God, is the source of life, together with the Father and Holy Spirit.

Jesus Christ is co-Creator with the Father and Holy Spirit

In John 1:3, we further read that without the Word, nothing was made that was made. This shows us that the Word is not merely an instrument or servant used by God the Father. Will, operation, and power are one in the Father, Son, and Holy Spirit, who created all that was made together (Gen. 1; Ps. 32:6; Heb. 1:2). Thus, the heavens and the earth are the works of the One who made them, while the Son was not made but is eternally begotten of the Father.

Through His Incarnation of the Virgin Mary and the Holy Spirit, the Lord became flesh. He became fully human, assuming our nature – body, soul, will, emotion, and even mortality – without ceasing to be fully God. He was and is one of us, like us in all things, except without sin.

Jesus Christ acts as both God and man

As the Theanthropos (the unique God-man), Jesus Christ does what is appropriate for each nature in the unity provided by His one divine Person. Never does divine nature and activity become changed into human nature and activity. The two are in union without confusion. As God and Man in one Person, Christ pours divinity into all of human nature, redeeming it from sin and death and bringing it into union with God.

In saying we have all received of His fullness (John 1:16), the Scriptures confirm that God’s grace can fill human nature to the extent of actually deifying it. In Christ, God’s children become gods by grace (John 10:34-35) without ceasing to be human. As metal thrust into fire takes on properties of fire (like heat and light) without ceasing to be metal, so human nature permeated by God takes on properties of the divine nature.

Many documents have expounded on the knowledge of Christ. But perhaps the most definitive of these is the Nicene Creed, the outcome of the first and second Ecumenical Councils in the fourth century. The Creed of Chalcedon (issued by the Fourth Ecumenical Council, AD 451) embodies other truths concerning the Incarnation of the Word.

These creeds set the doctrinal fences outside of which we do not wander in our knowledge (and speculation) of Christ’s nature and person.

Just as the apostle John bears witness to Christ, so, too, do we all (1 John 1:1-3). For since God became man, and we are united with Him in baptism, we experience His Incarnation in our lives. The miracle of Christology for us is that, as the Son of God became man, we in turn may participate in God.