Our blessed hierarchs have asked that we cancel all non-liturgical, in-person activities at our parish and limit attendance at all services to no more than 5 people. For those unable to attend services in person due to these restrictions, you can listen to services over the phone at (617) 941-8945 or watch our livestream. Please see our service schedule for times of livestreams and calls.

Do the Orthodox worship the Virgin Mary?

When you enter an Orthodox church, you see a wall of pictures (icons). And on that wall, you always see an image of the Virgin Mary to the left of the Holy Doors, across from the icon of Christ. The Orthodox honor her greatly because she played an important role in our salvation. Thus, we sing to honor her and ask her intercessions during every service. But we do not worship the Virgin Mary.

In this post, we dive into the Orthodox understanding of who Mary is and the role she played in mankind’s salvation. We then explain how Orthodox Christians truly interact with her in relation to Christ.

Who is the Virgin Mary?

One morning, an angel of God visited a maiden to deliver her a message. He told her she had found favor with God and that she would give birth to a son, whom she would name Jesus. He explained that God’s Holy Spirit would come down upon her and God’s power would overshadow her. And thus, her child would be called the Son of God. The maiden then told the angel she would do as God willed. That maiden’s name was Mary.

On that day, Mary played a significant role in the salvation of mankind. All of creation now rejoices in her, praises her, and venerates her as a shining example of what it means to live according to the will of God.

The Virgin Mary as Theotokos

In the Eastern Orthodox tradition, we almost always refer to the Virgin Mary as Theotokos. Translated from Greek, this word means “Mother of God,” and “God-bearer.” But why do we call her this? Because God was incarnate (embodied in flesh) of the Holy Spirit and the Virgin Mary and became man. The Orthodox Church teaches that Jesus Christ was not only fully man, but also fully God. By bearing Jesus Christ, she also bore the Son of God, who is Himself God. Thus, the fitting title, Theotokos.

To learn more about the nature of God, check out our article on the Teachings of the Orthodox Church.

The Virgin Mary as the New Eve

We also refer to Mary as the “New Eve,” for she consented to God’s will when the first Eve disobeyed. The Theotokos remained sinless of her own free will, out of a desire to live according to God’s will for her life. Mary also remained ever-virgin, despite attempts by later Christian groups to warp Scripture into making it seem as though she reverted to a “normal” life after bearing Christ. Saying the Theotokos is special, feels like the understatement of the ages.

The Orthodox understanding of Mary’s sinlessness differs from the Roman Catholic doctrine of the Immaculate Conception. This doctrine posits that Mary was born without original sin and thus was literally unable to sin at all (unlike the rest of mankind).

On the contrary! Think of it this way: the Orthodox often look to and treat Mary as a child would her mother. When a child looks to her mother, she sees the most beautiful woman in the world. The kindest, the bravest, the most faithful and dedicated. She’s one of a kind. And the child will let her mother (and those around her) know this as often as she can. She asks her mother for help when she has a problem. She seeks her mother’s guidance when she is unsure what to do. And she loves her mother with such fervor and zeal it brings tears to the eyes of others who watch them interact. Similarly, the Orthodox treat Mary as a role model to both men and women seeking to live godly lives.

In Orthodox Christianity, we do not worship the Virgin Mary, but instead venerate her and seek her intercessions before God. We honor her for delivering the Word of God into the world. And we see her as an example for all of us to follow, not as the exception to the rule. Worship belongs to God alone.

Just as we might ask a saint to pray for us, or ask a friend to pray on our behalf, we do the same with the Theotokos. She, along with all the saints, resides in the presence of God now. They all remain alive in Christ, our brothers and sisters. Asking for their prayers not only gives us spiritual peace, but it also reminds us that we are all part of the Body of Christ.

Where does the Bible say to do this?

Many people disagree with the Orthodox practice of venerating the Theotokos because the Bible does not tell us to do so. However, several passages from the New Testament do establish the foundation of this practice.

When Gabriel greeted Mary, he said to her, “Rejoice, highly favored one, the Lord is with you. Blessed are you among women” (Luke 1:28). We repeat the very words of Gabriel when we sing hymns in praise of the Theotokos during services. Could we be wrong in repeating the words of the very messenger of God?

Additionally, Elizabeth, Mary’s cousin, considered it an honor to receive a visit from her. “But why is this granted to me, that the Mother of my Lord should come to me?” (Luke 1:43). Elizabeth also cried out: “Blessed are you among women, and blessed is the fruit of your womb” (Luke 1:41). In the course of her visit with Elizabeth, the Blessed Virgin herself prophesied her place in the Faith when she said, “from henceforth all generations will call me blessed” (Luke 1: 48).

Lastly, when Jesus saw His mother and the disciple John standing by the cross, He entrusted him with her care. He also established a new spiritual relationship between them in saying to the disciple: “Behold your Mother” (John 19:27). In making this statement, Christ makes the Theotokos the mother of His Disciples. In other words, the mother of Christians. And as we mentioned earlier, what better way to show a mother you love her than to honor her for the role she played in your salvation?

For those who desire to find it, there is plenty of scriptural evidence to support the Orthodox practice of venerating the Theotokos.

Why pray to Mary when you could just pray to God?

As we mentioned earlier, technically we don’t pray to Mary. Instead, we ask for her intercessory prayers. We ask this of all saints whenever possible. But as Christ’s Mother, the Theotokos occupies a special place in the presence her Son and our God.

In the Gospel of John, Christ performs seven miraculous signs. The first of these is the changing of water to wine at the Wedding in Cana of Galilee. The Scriptures explicitly mention Mary’s presence at this wedding and describe how she intercedes with Jesus when the guests tell her there is no more wine. Jesus then addresses her with great respect and says: “Woman, what does your concern have to do with me? My hour has not yet come.” Many believe this to be a refusal of Mary’s request, but it is quite the opposite when put into the proper context. Christ answers her and performs a miracle, changing water into wine to provide for the wedding guests. His fulfillment of her request reflects what we read in the book of James, that the intercessions of the righteous have great power (James 5:16).

Asking for Mary’s intercessions provides us a certain form of security in knowing our prayers will be answered. They may not be answered in the way we expect, or with the timing we would like. But they will be answered as God wills it. With this security, we can continue to worship our Lord and God even when we fear He does not hear us, or when we wonder whether He is even there at all.

We do not worship Mary.

To clarify one last time, the Orthodox do not worship the Theotokos. We merely hold her in high esteem and give her the honor she deserves as a role model for all Christians and as the bearer of God. Her position as the Theotokos gives her incredible influence. This is why we offer intercessory prayers to her, and why we sing in her honor every time we gather to worship God.

Read More >> 8 Things to Expect in an Orthodox Church 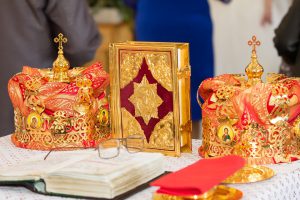 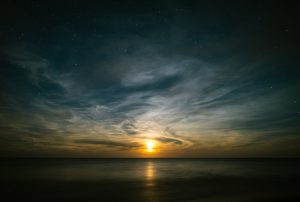 How to Set Up an Icon Corner 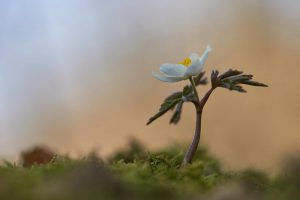