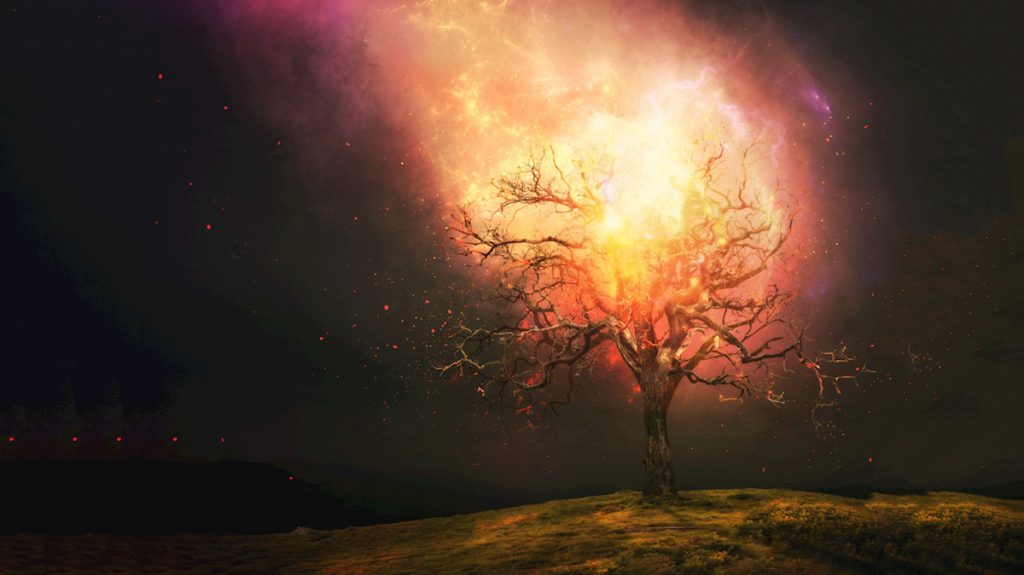 On the second Sunday of the Great Lenten Fast, the Orthodox Church commemorates our father among the Saints Gregory Palamas (1296-1359). In this post, we explore St. Gregory’s contributions to Orthodox theology, paying special attention here to his defense of hesychasm and what we call the Essence/Energies distinction.

Who was Saint Gregory Palamas?

Saint Gregory Palamas was an Athonite monk who later became the Archbishop of Thessalonica. Born in Constantinople to a noble Anatolian family, he had always been interested in the monastic life. Around 1318 A.D., he and his two brothers went to Mount Athos and became monks. However, with the Turks encroaching upon Greece, he fled to Thessalonica, where he entered the priesthood in 1326 A.D. Shortly afterward, he took up the eremetic life at a mountain near Beroea, and eventually returned to Athos in A.D. 1331. Six years later, he became involved in a controversy with Barlaam, a Greek monk from Calabria, Italy. (We discuss this controversy in more detail below.)

In A.D. 1347, Palamas became Archbishop of Thessalonica, but the political climate made it impossible for him to take up his see until A.D. 1350. During a voyage to Constantinople, he was captured by Turks and held in captivity for over a year. He died in A.D. 1359, and the Eastern Orthodox Church glorified him a mere 9 years later.

In the early 14th century, a man named Barlaam of Calabria encountered the monks of Mount Athos. These monks practiced the spiritual art of hesychasm, or unceasing prayer, and testified that through this type of prayer they could see the uncreated light of God. Barlaam claimed that the monks wasted their time in fruitless prayer when they could instead come to truly know God through their intellect. In other words, he believed the highest knowledge of God came only from rational means or through the created world. We could not, according to Barlaam, have a direct and unmediated communion with God. Naturally, Saint Gregory Palamas sensed the danger in Barlaam’s teaching here, and he stepped up to defend hesychasm.

After Palamas’ initial criticism of Barlaam, Barlaam replied with a vicious attack on the hesychastic life of the Athonite monks. In rebuttal, Saint Gregory wrote the Triads in defense of the Holy Hesychasts (c. 1338), a brilliant work affirmed by his fellow Hagiorites. A synod held in Constantinople in A.D. 1341 supported Palamas’ views, condemning Barlaam. Three years later, the opponents of hesychasm in the West secured a condemnation for heresy and excommunication for Saint Gregory. Despite this, two additional synods in Constantinople (A.D. 1347 and A.D. 1351) reaffirmed his theology. Many Orthodox Christians and several prominent theologians consider these three synods to constitute the Ninth Ecumenical Council.

Perhaps the most important contribution Palamas made to Orthodox Christian theology was his distinction between the essence and energies of God. While we cannot know God in His essence (God in Himself), we can know Him in his energies (the work of God’s grace in our lives, and who God is in relation to the creation and mankind). Both essence and energies are fully God. Therefore, when interacting with God’s energies, we interact with the uncreated God Himself, while His essence still remains unknowable and unreachable.

Essence vs. Energies: An example

Imagine that God is the sun. We all experience the power and energy of the sun every day. We experience its warmth and light (both of which are energies) through the rays that shine down on us. These rays don’t give us a mere impression of what the sun is; they are not a substitute for the sun, nor do they merely illustrate what the sun is like. They are a real participation in the very energies of the sun itself. In other words, by our contact with the sun’s rays, real changes occur in our human chemistry. At the same time, however, we cannot participate in or experience the essence of the sun. If we tried to approach the essence of the sun, it would overwhelm and annihilate us.

So it is with God and His grace. God’s grace is not a participation in the transcendent and unknowable essence of God. However, it is a real experience of God through His divine energies. And it is these energies that were experienced:

Saint Gregory Palamas holds a special place in the heart of the Eastern Orthodox Church. His defense of hesychasm and his clear teachings on how to truly commune with God greatly shaped Orthodoxy as it developed apart from the Roman West. This is why we remember him during Great Lent, a time when returning to God is the entire purpose of spiritual struggle. Through the intercessions of our Father among the Saints, Gregory Palamas, Lord have mercy upon us and save us. Amen.

Read More: The Teachings of the Orthodox Church