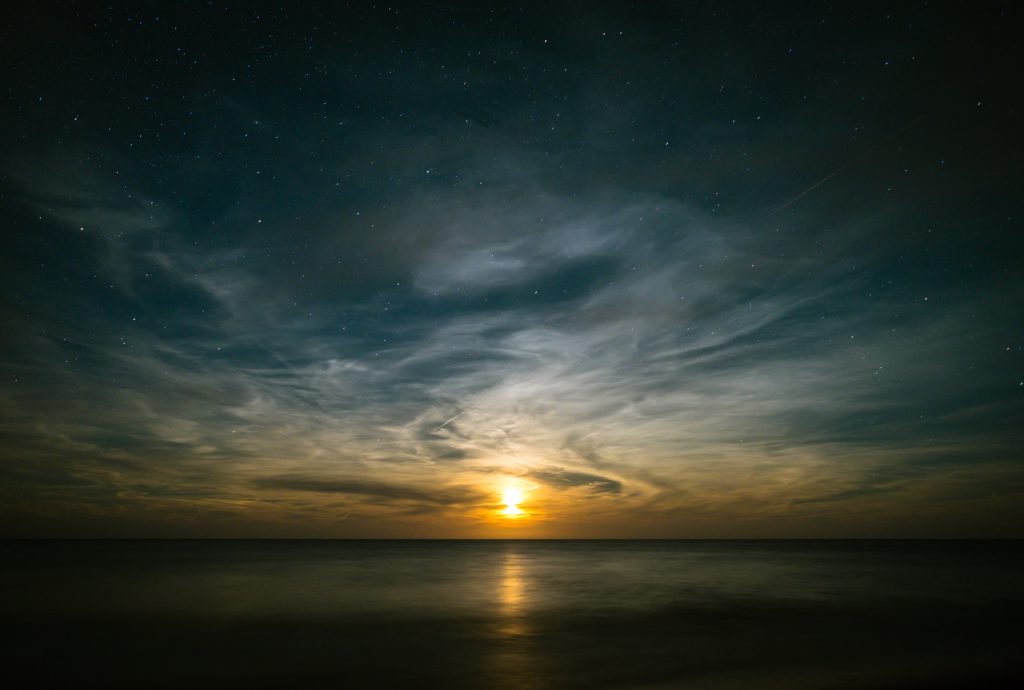 During any worship service in the Orthodox Church, everyone (including the priest) faces East. While it may seem rude at first glance, to have the priest facing away from us, there is actually quite a lot of meaning behind this tradition. In this post, we explain why Orthodox Christians pray facing East whenever possible, and where we get this tradition from.

Why we all face East

In Orthodox worship, the people pray together with the priest. He is like the captain of the ship, looking out toward the ocean and leading his crew through the impending voyage. Similarly, the priest faces East, leading the rest of the people in prayer. He isn’t ignoring them; he’s serving a sacrifice of praise in their behalf and preparing the Eucharist.

As the celebrant, the priest stands in front of the altar, facing God. The only time he faces the people is either during the reading of the Gospel, the sermon, or when blessing the people. This is similar to the Jewish pattern of worship and preaching. Orthodox Christians, like the Jews, find it rude to speak to someone with your back to them. Likewise, we find it rude not to face God when speaking to Him and worshiping Him.

“East” is, liturgically speaking, in the direction of the altar, whether it faces true East or not. In a traditional church built from scratch, the altar always faces true East. However, in our modern world, many buildings are modified to use in worship, and sometimes it is not possible for the altar to face true East. So, even if an altar literally faces a different direction out of limitation or necessity, liturgically it still faces the East and looks toward God.

Facing East is an ancient Tradition within Orthodoxy for several reasons. First, and perhaps most importantly, we believe our Lord will return triumphantly from the East (Matthew 24:27; Acts 1:11). Second, we recognize Christ as the Sun of Righteousness (Malachi 4:2), the light who illumines all men. And because the sun rises in the East, so, too, will Christ. Third, our ancient home, the paradise of Eden, is in the East (Genesis 2:8). We remember the perfect communion Adam and Eve experienced with God there, and we look eagerly toward it every time we worship God.

In addition, we see numerous other references to the East in the Scriptures. The following is a non-exhaustive list:

Where does this tradition come from?

From the numerous Old Testament references toward the East, we can easily see where the tradition of facing East came from: Judaism. Scripture clearly delineates the nature of worship for the Israelites, and orientation toward the East was mentioned several times (see above). This Eastern orientation distinguished the Israelites from all other pagan religions, who faced other directions. Many Fathers of the early Christian Church also reference facing East during prayer and worship. (St. John of Damascus is perhaps the most well-known Father to have explained this part of our Holy Tradition.) Essentially, this shows that facing East has been a uniform part of Christian worship since the beginning of the Church, something it inherited from Jewish worship.

In summary, Orthodox churches face East in anticipation of the Second Coming of Christ, reminding ourselves of our true home in the paradise of Eden with God. Therefore, not only should our churches face East whenever possible, but also our personal prayer corners in our homes. Whenever possible, we should face God when we worship Him, eagerly awaiting His triumphant return.

Read More: 8 Things to Expect in an Orthodox Church >>