Our church is now open! Please come and worship with us! For any still unable to attend services in person, you can either watch our livestream or call in at (617) 941-8945.

Welcome back to Church Etiquette 101! Last time, we talked about when you should and should not cross yourself during worship. In this post, we explore the difference between three other widely used postures in Orthodox worship: bows, metanias, and prostrations.

In the Orthodox Church, worship is all about God. We gather together to give thanks to God and praise Him, and to receive Him in the Eucharist. When we enter into the presence of our God, we must conduct ourselves respectfully, honoring Him with our dress, our behavior, and our posture.

We use four main postures during worship in Orthodox churches:

In another of our Church Etiquette posts, we discuss standing, sitting, and kneeling, which all fall under that first category. Here, though, we will focus more on the other three, and illustrate the differences among them.

When we normally think of bowing, we imagine a full bow at the waist, nearly ninety degrees. The Orthodox deep bow (aka profound bow) used in worship only goes about forty-five degrees. We often use it in conjunction with making the sign of the cross. This type of bow is also part of making a metania, which we’ll talk about soon.

While the Orthodox do use the profound bow at times, we more commonly use what we call a reverential bow. Rather than bowing at the waist, we simply incline the head and neck.

Many Orthodox faithful bow and cross themselves when they enter and leave the nave of the church, and when they pray before icons. Some Orthodox may also cross themselves at the times we just listed, but not all will do so. Deciding when to cross oneself is an issue of personal piety, not Orthodox dogma or doctrine.

The next common posture in our worship is the metania. Metania comes from the Greek word metanoia (μετάνοια), which means “change of heart.” It goes by a few others names as well: lesser prostration, small bow, and little reverence, among others. The Orthodox faithful make metanias when asking for forgiveness and seeking repentance.

To perform a metania, first, you make the sign of the cross. Then, bending at your waist, reach toward the floor with your right hand and touch the ground. Orthodox Christians perform metanias regularly; for example, during the refrains of Akathists, when venerating icons, and when approaching the chalice for Holy Communion. We also use it as a sort of substitute for the prostration, which is only permitted by the Church Canons on certain occasions.

To perform a prostration, you get down on your hands and knees, then touch your forehead to the floor and remain there as long as you desire. The motion is similar to the Chinese kowtow. Most people hold the position for a few seconds, long enough to say the Jesus Prayer. Some Orthodox cross themselves before doing the prostration, while others cross themselves after standing back up. Those who can’t perform prostrations for physical reasons may do metanias in the place of the prostration, as seen in the picture above.

According to Holy Tradition, there are times when it is and is not acceptable to perform prostrations during worship. Customarily, we do not kneel or prostrate on Sundays or during the Paschal season (the fifty days between Pascha and Pentecost. However, the rules don’t stop there. For more information about the Church Canons concerning prostrations, check out this article.

In Orthodox worship, we employ four main types of posture: standing, bows, metanias, and prostrations. Each posture has its place, its meaning and appropriate use in the full context of the life of the Church. Remember: everything we do while worshiping is meant to glorify God and give thanks to Him.

Is There Grace Outside The Church? 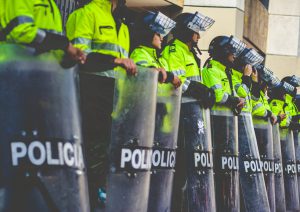 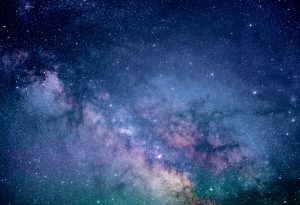