Home » Spiritual Life » How Do I Choose My Patron Saint?

How Do I Choose My Patron Saint? 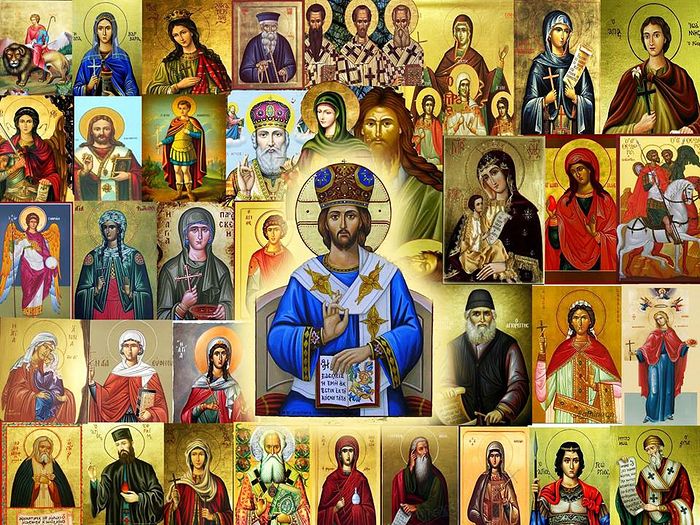 When someone becomes Eastern Orthodox through the holy mysteries of baptism and chrismation, he/she receives a patron saint. But what is a patron saint? How do you know who your patron saint is? Do you choose your own patron saint as an Orthodox Christian, or does someone else choose for you? We explore all of those questions in this post!

What are patron saints?

A patron saint is the intercessor and advocate of a nation, place, craft, activity, class, or person, before God in heaven. Since the days of the early Church, Orthodox Christians have called upon patron saints for help with anything and everything. Finding employment, mental disorders, even for protection of your garden from pests! The same way someone might say, “There’s an app for that,” the Orthodox would tell you, “There’s a patron saint for that!” In this post, though, we’ll focus primarily on personal patron saints.

Where did this tradition come from?

The Eastern Orthodox tradition of taking on patron saints started during the reign of the Roman Empire. Many public Christian churches were built over the graves of Holy Martyrs, whose name the church then assumed. The martyr over whose remains the church stood then became the “patron” and protector of that church and its people. Over time, Christians began dedicating churches to other holy men and women. Some of them martyrs, and others not.

The patron saints of Orthodox churches (as well as regions and countries) are typically chosen because of some connection that saint had to that place. Perhaps he preached the Gospel there, reposed there, or someone found or transferred some/all of his holy relics there. In Eastern Orthodox churches today, we continue this tradition, dedicating every new church to a patron saint. Some churches even have the relics of their patron (or of another saint) displayed in the church for the parishioners to venerate.

Traditionally, an Orthodox child does not receive a name at her physical birth. Instead, she receives her name during her spiritual birth (baptism), and she takes as her patron the saint whose name she is given at her baptism. In this case, she will have her “Christian name” all her life.

But not everyone is born Eastern Orthodox. Some people convert later in life. In this case, the individual takes on his “Christian name” after he is baptized as an adult. From that moment on, the priest will refer to him by his baptismal name. This reaffirms his identity as a child of God and a member of His Church. He will hear it upon receiving Holy Communion, during the mystery of Confession, and even at his funeral when the priest prays for the repose of his soul.

Those who convert to Orthodoxy later in life typically do not adopt their Christian name in everyday usage (replacing the name they have used most of their lives up to that point). They do, however, use their Christian names in the Church when they participate in worship and the Sacraments (especially the Eucharist) and when the priest or other Orthodox Christians pray for them.

Some Orthodox Christians, due to unusual circumstances, do not receive Christian names at their Baptism and Chrismation for various reasons (usually as an act of what we call oikonomia). These are rare exceptions for those born Orthodox, and even rarer for those who convert.

Why is having a Christian name so important?

The Orthodox consider receiving a Christian name a great dignity and privilege. After all, that name unites us to God’s family, to Himself, to His Son and Holy Spirit, and to the Saints of Heaven. We remember that Christ Himself, through the mouth of the priest, gave each of us our new name and identity. As the Lord said, “To him who overcomes…I will give a white stone, and a new name written on the stone which no one knows but he who receives it” (Rev. 2:17).

In Orthodox Tradition, we also celebrate our Name Day (spiritual birthday) on the feast day of our patron saint. So, for example, someone with St. Thekla the Protomartyr as their patron would celebrate her Name Day on September 24, because that day is the feast day that commemorates St. Thekla. Our actual date of birth, while nice to celebrate, is not as important as celebrating our spiritual birth. In fact, what makes our physical birth meaningful in the first place, is our spiritual rebirth at Baptism.

Celebrating your name day honors your patron saint and directly connects you with your baptism and the continuing life and intercession of your patron. If Liturgy is offered on your Name Day, try your best to attend and receive Holy Communion. It is a day of great happiness, and the perfect opportunity for you to experience God’s Grace in the Eucharist while celebrating your acceptance into the family of God.

Every Orthodox Christian should have his or her own patron saint. Most Orthodox receive that patron for the day upon which they were baptized. This applies whether you were a child or adult. But what if you’ve been Orthodox for quite a while…and realize you don’t actually have a patron saint? Don’t worry!

If you are Orthodox and find yourself without a patron saint, here are a few suggestions to help you choose:

Try not to make the taking of a patron so difficult that it takes you years to decide. After prudent consideration and prayer, make your decision and begin to use your Christian name. If you choose not to use it all the time, at the very least, ask your priest and fellow parishioners to use it for prayer and the Sacraments.

Then you can begin the wonderful journey of learning about the life of your patron saint, striving to follow his example, and developing an enriching spiritual bond with him.

Read More: How To Set Up An Icon Corner