The Real Reason the Orthodox Celebrate Pascha Differently From Everyone Else 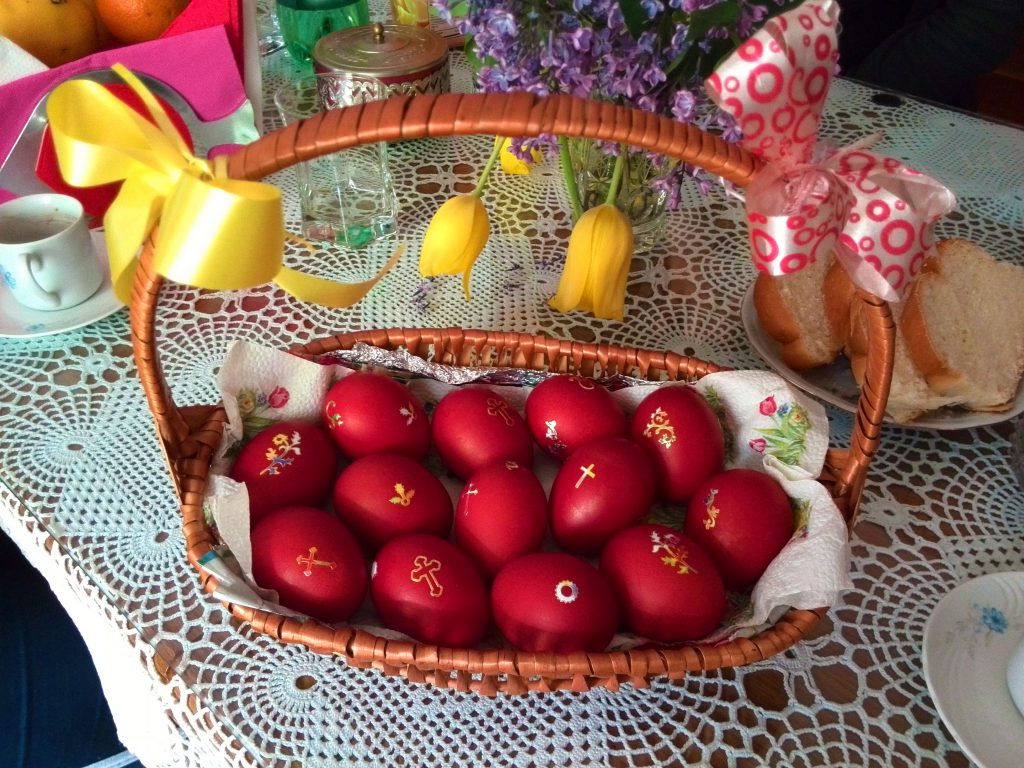 Have you ever wondered why Eastern Orthodox Christians don’t always celebrate Pascha on the same day as everyone else? There are many urban legends within Orthodoxy as to why this is. But in this post, we explain the real reason we celebrate Pascha later than the rest of Christianity. Buckle up – this gets interesting!

According to the traditional formula for the date of Pascha (the Paschalion), we should celebrate it on the first Sunday after the first full moon after the spring equinox. There are three main legends that circulate in the Orthodox world to explain why this is:

Let’s take a look at each of these one at a time and clear up misconceptions surrounding these legends. Then we’ll explain why the Eastern and Western Paschal dates are different.

#1: Pascha must always come after Passover

This urban legend is quite old, originating somewhere around the 12th century. Canonist John Zonaras appears to have been the genesis of this legend, with his misguided interpretation of Apostolic Canon 7. This canon essentially states that bishops and presbyters who celebrate Pascha before the vernal equinox are to be deposed. Zonaras concluded the following from this canon:

This second conclusion may have stemmed from the rule from the Council of Nicea, which stated the calculation of the date of Pascha was not to go along “with the Jews.” In other words, the date of Pascha would not have any dependence on the Jewish calendar whatsoever. Zonaras very well may have misinterpreted this and feared that if Passover coincided with an independently-determined Pascha, Christians would be wrongfully praying “with the Jews” just because both are praying on the same day. Zonaras was obviously incorrect. By his time, the errors in the Julian calendar accumulated to the degree that Pascha did, in fact, always follow Jewish Nisan 15 (the first day of Passover). This continues to the present day, so it makes sense why the urban legend still survives in certain Orthodox circles.

#2: All Orthodox celebrate Pascha on the same day

Most Orthodox do celebrate Pascha on the same day (though it may look different depending on which calendar you follow). However, the Orthodox Church of Finland actually celebrate according to the updated Gregorian Paschalion, which puts their Pascha on the same day as Western Easter every single year. Additionally, if you want to include the Oriental Orthodox here, note that most Armenians and the Malankara church in India follow the Gregorian Paschalion as well. The Coptic, Armenian (Jerusalem Patriarchate), Syriac, Ethiopian and Eritrean churches, however, do not.

#3: Kyriopascha can never happen on the New calendar

This is the final urban legend we see surrounding the celebration of Orthodox Pascha. Kyriopascha occurs when the Annunciation (March 25) and Pascha coincide. This happens once every several decades on the Old/Julian calendar that most Orthodox in the world follow. (It happened last in 1991. The next time will be 2075.) Those who celebrate on the Revised Julian/New calendar can never celebrate Kyriopascha, because this calendar still uses the Julian Paschalion, just as the Old calendar does. Therefore, Pascha can never fall as early as March 25th on this calendar. However, we cannot leave out our brethren in Finland, who use the Gregorian Paschalion that came with the Gregorian calendar (used in most Western Christian churches). Therefore, they celebrate Kyriopascha, too, though they celebrate it when the West would, not when we would on the Old calendar.

To sum up then:

Determining the date of Pascha

While the dating of Pascha is of course related to Passover because the formula puts Pascha around the same time as Passover, Pascha is no longer dependent on Passover (cf. First Ecumenical Council). The Orthodox Church follows the rules set forth at the First Ecumenical Council when calculating the date of Pascha. While this formula can get rather complex, we’ve tried to simplify it a bit: we celebrate Pascha the Sunday after the first full moon after the vernal equinox.

Over time, our mathematical cycles predicting the equinox and full moon drifted. The Orthodox Church never updated these cycle calculations, whereas the West did, in 1582 under Pope Gregory XIII. Pope Gregory commissioned a reform of the Julian calendar. He named this new calendar after himself; hence, the Gregorian calendar. Astronomers of the time asserted these reforms corrected the issues found within the Julian calendar. Eventually, it became internationally accepted in Western Christianity and in secular society. This is why the West and East celebrate feast days on different dates; the Orthodox celebrations always fell thirteen days behind those of Western churches.

Why are the dates of all other feasts (Christmas, Epiphany, etc.) the same?

Some jurisdictions of the Orthodox Church (e.g. Serbian, Russian) adhere to the Old calendar and thus celebrate every feast day on a different date than Western Christians.

To wrap up, we debunked three urban legends surrounding the date of Pascha in the Orthodox world. First, Pascha is not dependent on the date of Passover. Second, not all Orthodox celebrate Pascha on the same day. And third, Kyriopascha can indeed happen on calendars other than the Old. Then we explained how the Church actually calculates the date of Pascha. Finally, we finished up by exploring why certain feast days might be celebrated at the same time between Orthodox and Catholics, when Pascha is not.